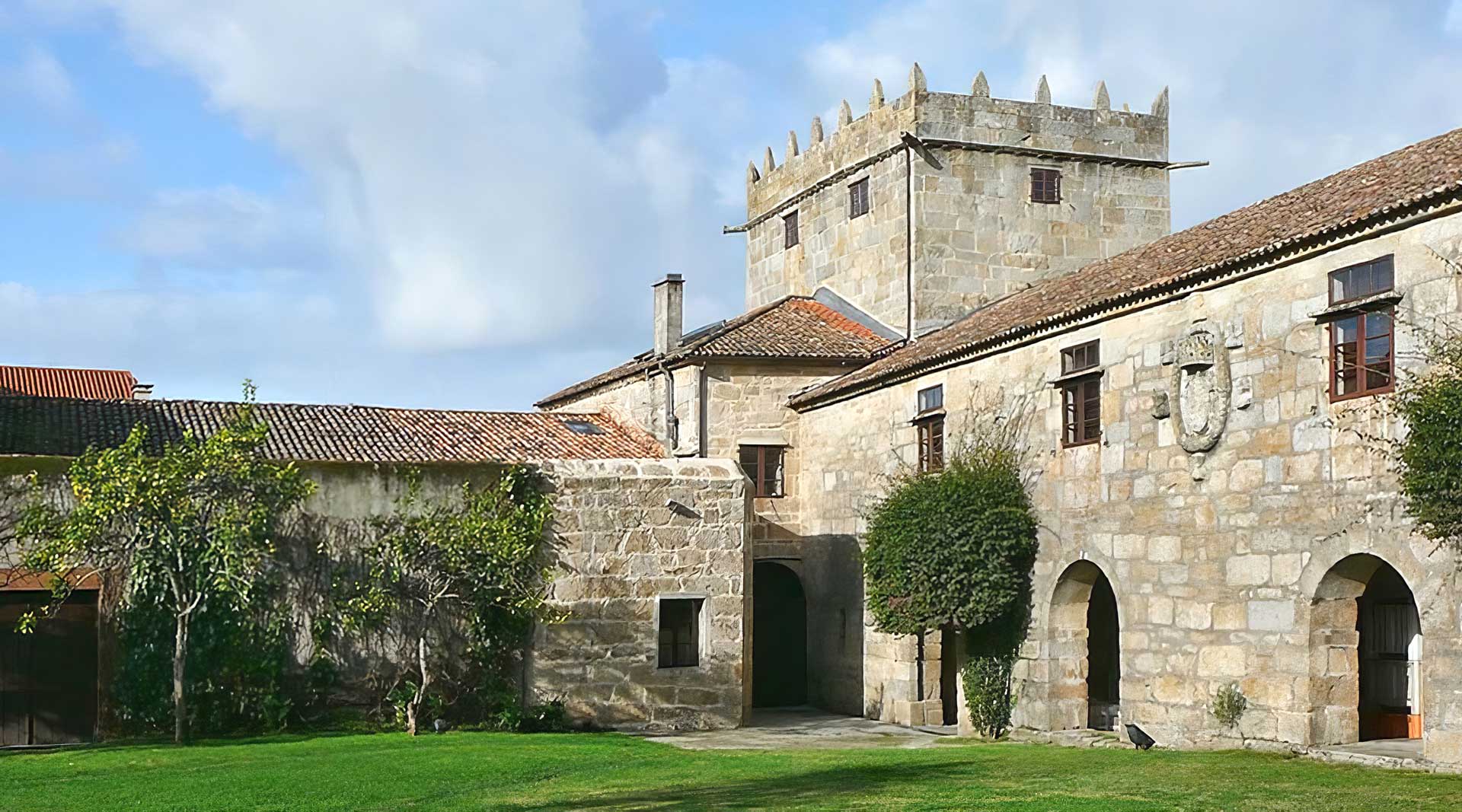 The Miraflores traditional Galician house is based on a 17th century tower to which another two-storey building was added a century later, forming a monumental architectural ensemble. The rectangular tower has a ground floor and two upper floors and its façade includes a blazon with the coat of arms of the owner families and other decorative elements such as gargoyles, pinnacles and battlements.

The traditional Galician house was acquired by the Pardo Bazán family and during the second half of the 19th century it was the summer residence of the parents of the great Galician writer Emilia Pardo Bazán, who spent her childhood summers there and whose unforgettable memories were reflected in some of her novels. As there were no good roads to the capital at that time, the Pardo Bazán family travelled by boat from Pontevedra, disembarking on A Carabuxeira beach, which marked the boundary of the Pazo de Miraflores estate.